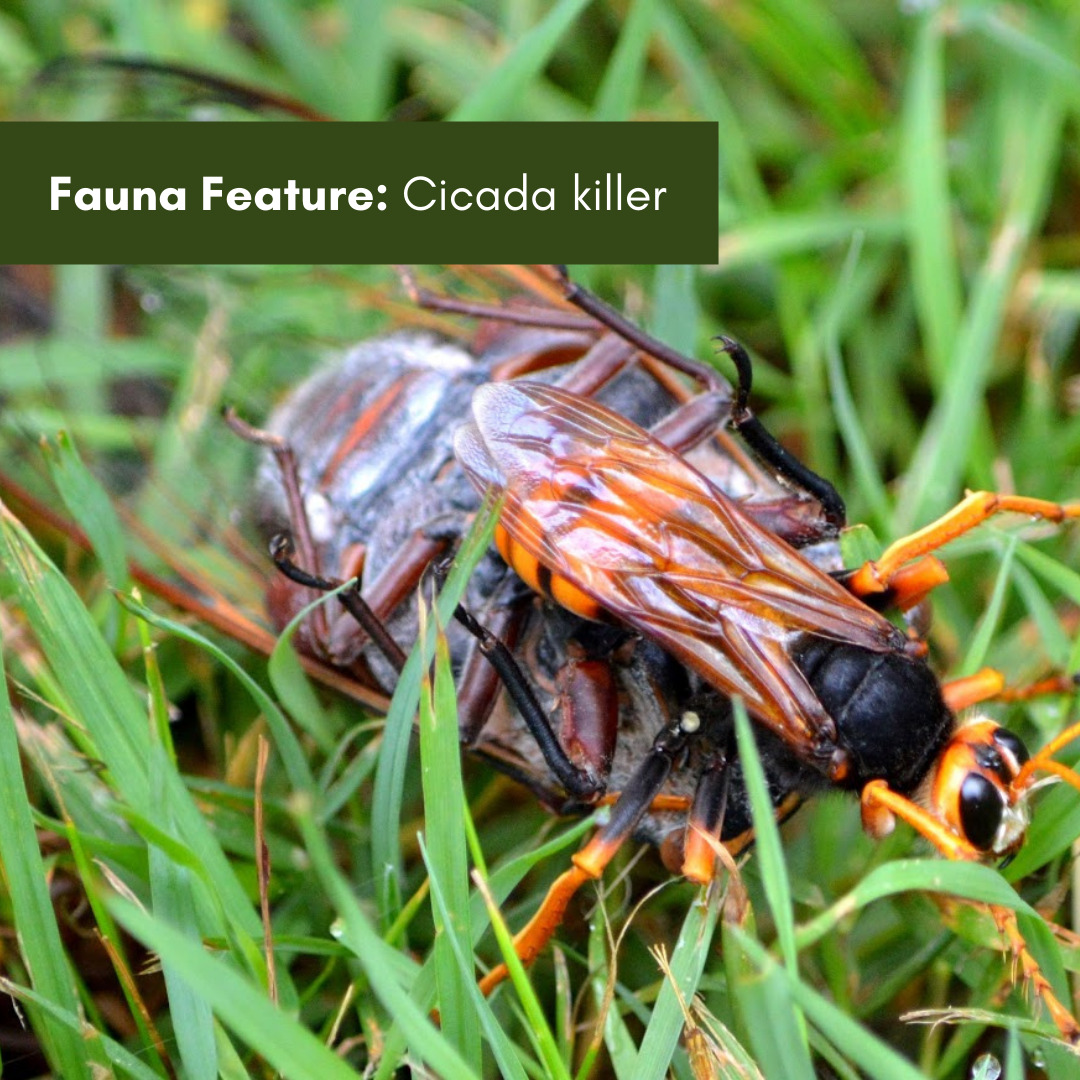 The Australian cicada-killer wasp (Exeirus Laterius) is commonly mistaken for a hornet due to its imposing size (4 cm). Interestingly, there are no hornets reported in Australia. Exeirus Laterius is closely related to the American cicada killer wasp.

Solitary, cicada-killer wasps favour dry and warm habitats with plenty of trees to attract cicadas. They can be found all over Australia, particularly in the numerous woodlands of the Hunter region. Although the cicada-killer wasp sting can be painful, the wasps are not aggressive and are unlikely to use their venom.

Exeirus Laterius approaches its victims high in trees and stings the cicadas to paralyse them. As the cicada falls on the ground, the wasp pushes its victim towards its catacomb-like underground burrow sometimes located a hundred meters away. Then, the wasp lays an egg on the paralysed cicada, which would then become the future grub’s food source. The cicada-killer wasp usually goes back to the tree where it found its victim. The cicada will have left a hole behind from which sap can leak, and the wasp can feed.

Check out this video!