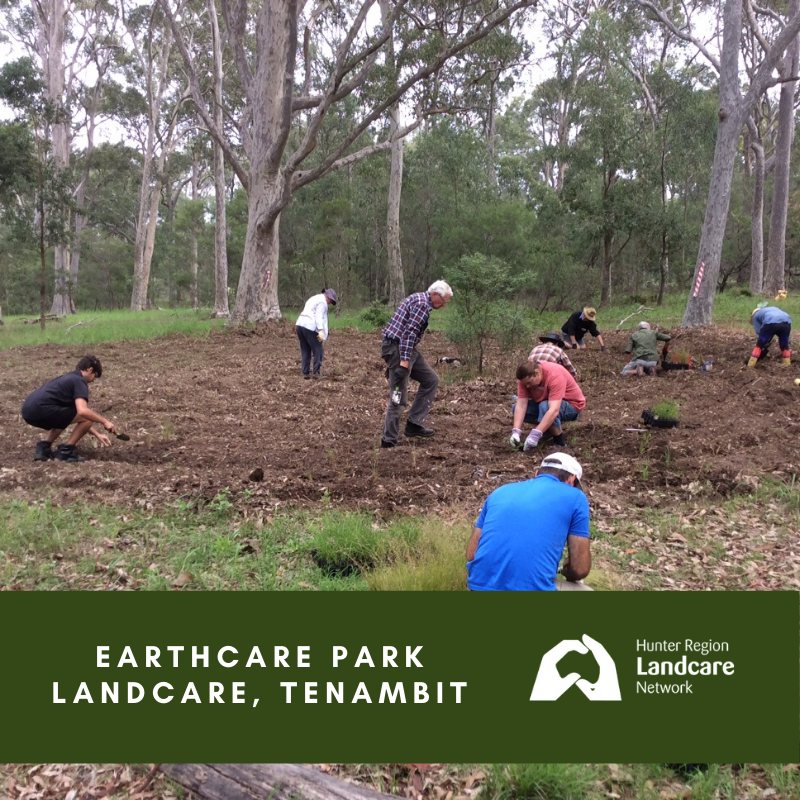 Earthcare Park was initiated from a concept by Tom Toogood for an ecovillage on the site where Earthcare Park is now established. A number of key personnel had a similar vision to demonstrate that sustainable building and living using ecological principles was possible. Maitland Council approved the concept in principle and plans were drawn up for the village including how to transform the land. The vision also included educating the general public with community gardens, a community education centre and a caretaker’s cottage. When support for the concept waivered, Landcare grants provided the funding necessary to begin the transformation of the site. Earthcare Park had its beginnings in 1995 with support from Council and other bodies. Significant projects including mass tree planting, a shelter, trails and bushfood garden were undertaken while members conducted community education programs. In 2013 our group changed its name to better reflect what we do and became Earthcare Park Landcare Group (ECPLG). The transformation of the Earthcare Park continues with the same vision to improve and manage the land demonstrating ecologically sustainable principles.

In  association  with other organisations we are proud of the transformation that has occurred to not only the Earthcare Park site but the surrounding wetlands where that some 50-60,000 plants have been established.

The  need for information about flora and fauna. With no experts in the group it can be difficult and time consuming to follow information on “unusual” sightings.

Earthcare Park is on 50ha of Crown land. It is bounded to the west by Morpeth Rd Tenambit and to the east and south lie the Tenambit wetlands. The main vegetaion type is remnant spotted gum and ironbark forest. There is also wetland, exotic grassland and revegetated areas. Soil and vegetation quality had been degraded heavily due to previous land practices and the potential threat of rising salinity levels nearer the wetland. Invasive plant species, heavy clearing of timber and shrubs and rampant exotic grasses and noxious weeds had substantially destroyed habitat supporting native species. The objective for the ECPLG is to now maintain focus on the reintroduction of a wide variety of indigenous plants to create the diversity necessary for a sustainable native ecosystem.

Our Landcare group has been in existence for 22 years. We have further increased the number of trees, shrubs and grasses in Earthcare Park over the past 10 years. As part of our original mission focused on public education, raising awareness of biodiversity and conservation has been one of our Group’s strongest commitments. Over the past decade we have held several community events each year. ECPLG have had the Faraway Tree Parties, frog nights, a bat night, an astronomy night, hosted Environment Awareness Days and National Tree Day plantings for the local community and local schools including Morpeth Public, Tenambit Public, Linuel, HV Grammar, St Joseph’s, St Peter’s and Cessnock High. We even held a Youth Day concert featuring local bands which was a carbon neutral event. The group has held an Avian Awareness Day and a Summer and a Winter Weeds Wander. Unfortunately, due to funding and organisational issues, some of these community events have had to be reduced. Some 10 years ago the ECPLG in association with the Mindaribba Local Aboriginal Land Council established a Bushfood Garden showcasing the bush food and medicinal uses of our local indigenous plants. We became a Stepping Stone for the Great Eastern Ranges Initiative and have associated ourselves with Hunter Bird Observers Club who now hold quarterly bird audits on the site. Over the past few years we have hosted a number of corporate groups who have assisted with planting, mulching and various maintenance works. Furthermore, to raise our public profile our Facebook page ‘Earthcare Park Landcare Group’ is regularly updated with fact sheets and group activities. We have 300 followers and can reach 600 to 2000 people regularly. We have also featured a display at Tocal Field Days for 7 years with displays following the subject theme for that particular year.

While we have achieved so much in our 22 years as a group, there have also been challenges.  First and foremost, our greatest challenge is maintaining sufficient skilled or physically able volunteers for the Group’s ongoing survival. Difficulties have also arisen when trying to co-ordinate between local, state and to a lesser extent federal government agencies as each agency knows not what the other is doing, or can be shielding information from the other. Additionally, we have the yearly threat of the Council lease affecting our Group’s operation. Until this year we had a multi-year commitment to the lease of Crown land that is Earthcare Park. Commencing this year (2019), the lease will be reviewed yearly, and council had no record of previous leases. Income to continue our operations is hampered by inefficient and disjointed funding opportunities which do not allow our group to look more than a few years into the future. There is potential for Earthcare Park to be turned over to housing development, and surrounding lands are being developed into housing estates which also diminish bushland connectivity and existing wildlife habitat.

From time to time we have assistance from various corporate groups as part of a community or environmental assistance program, however this is usually a one-off event and rarely is there a second opportunity to re-engage with that group.

“I achieve much personal satisfaction watching the transformation of the land back to what was its original state. I feel that it is my responsibility to pass onto my children and grandchildren a better place. Being able to create habitat and to see fauna returning in greater numbers is personally rewarding. On an interpersonal level, I am fortunate to work closely with individuals who bring various skills to the table and who collectively have similar ideals and desires. This  shared environmental values and similar ethic keeps us united and is personally rewarding.” 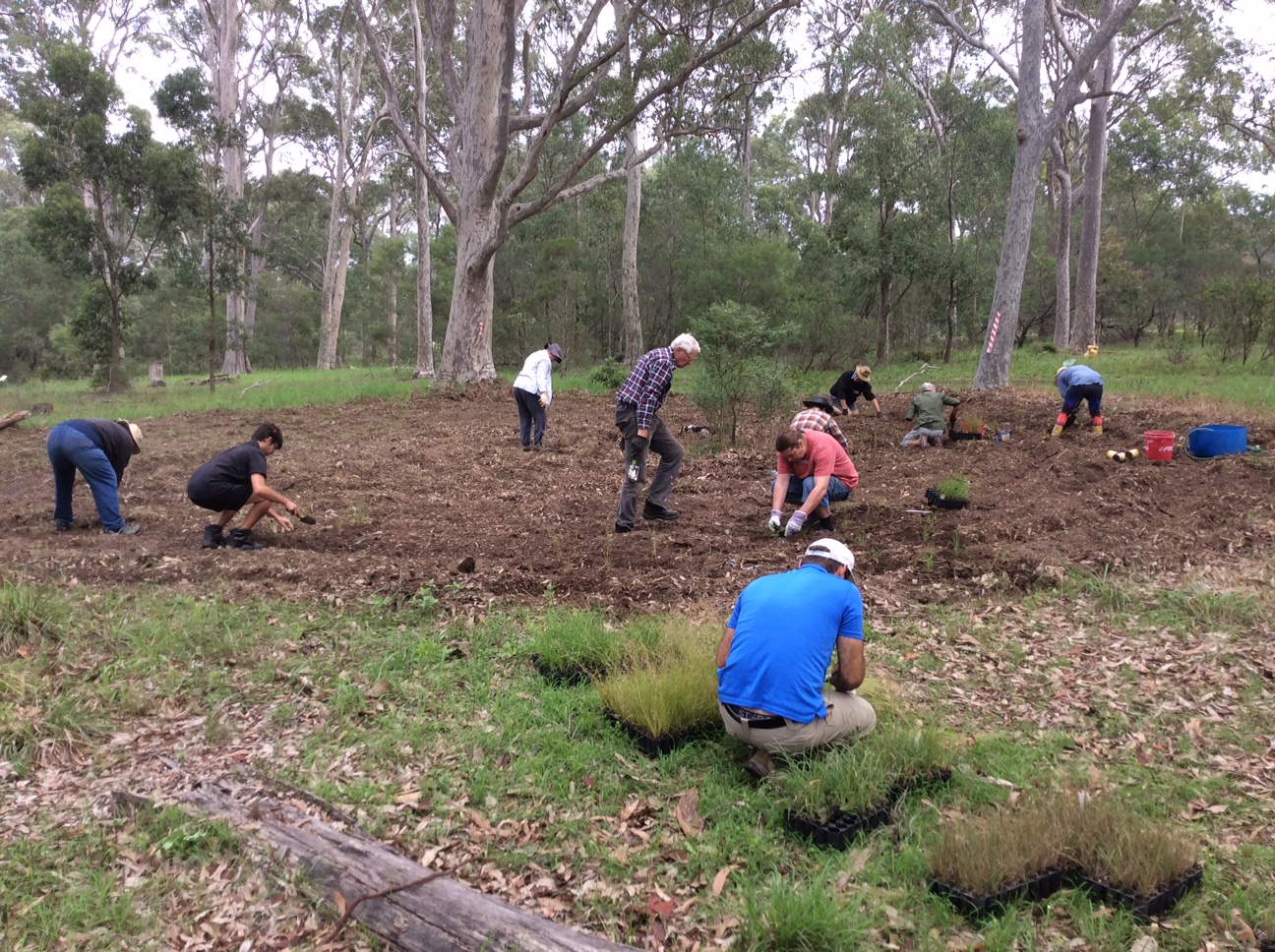 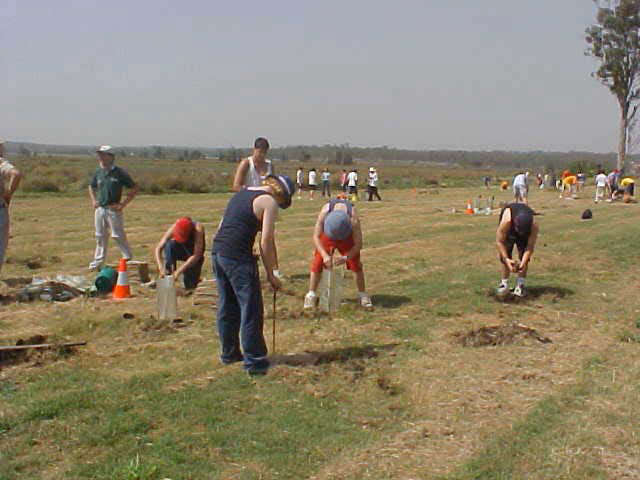 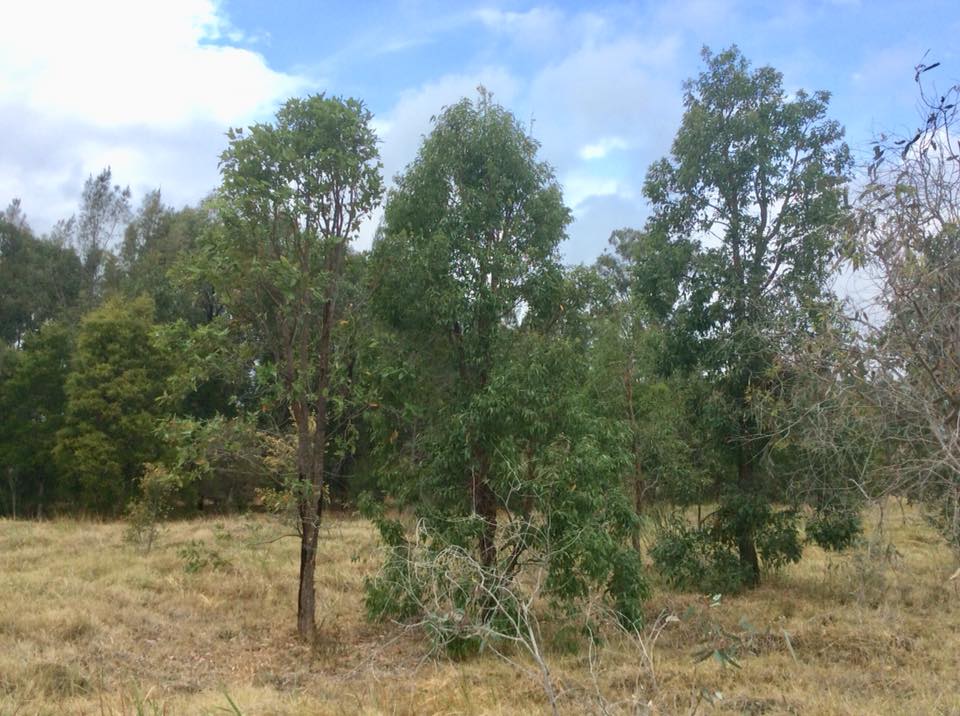 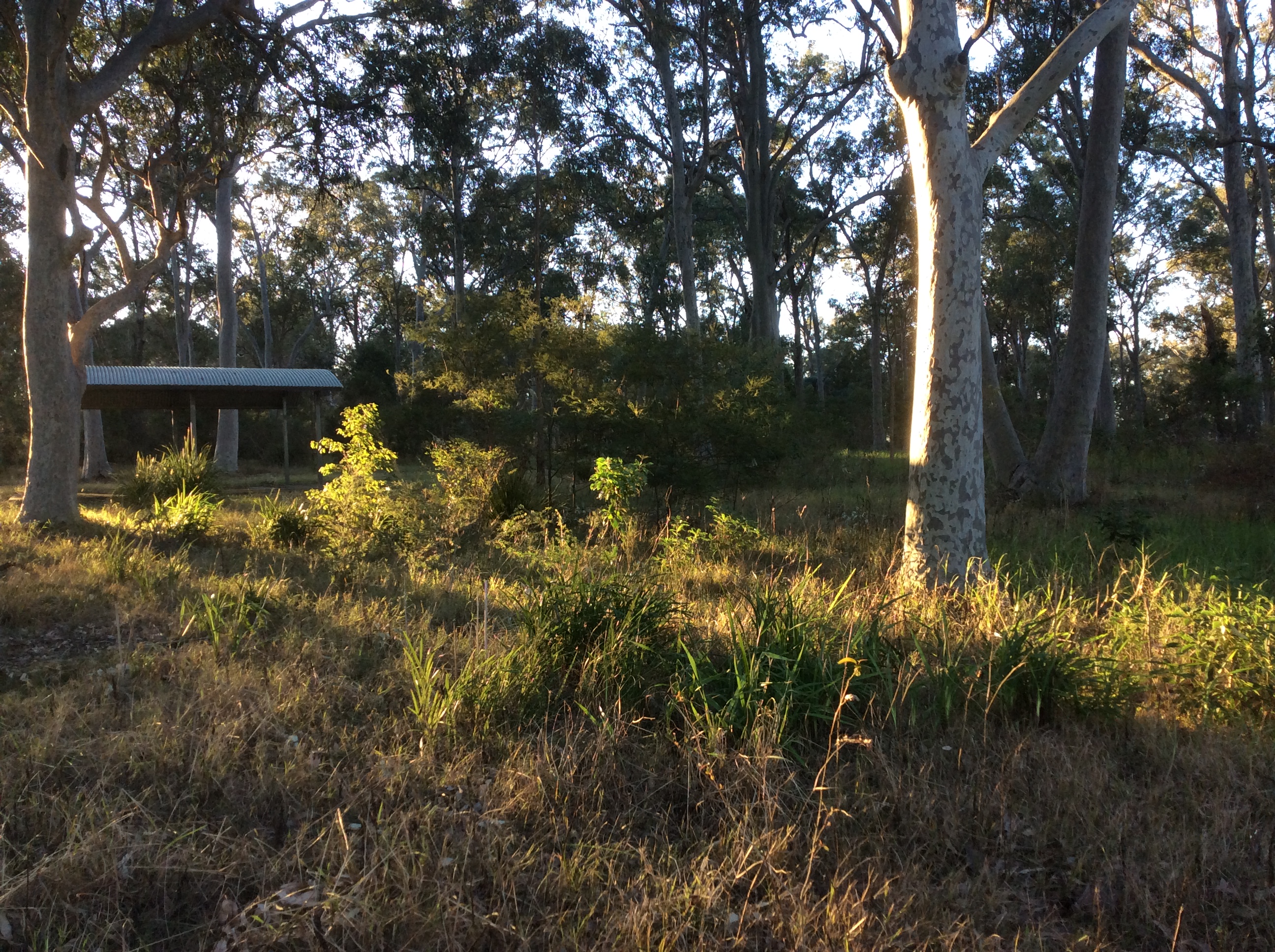