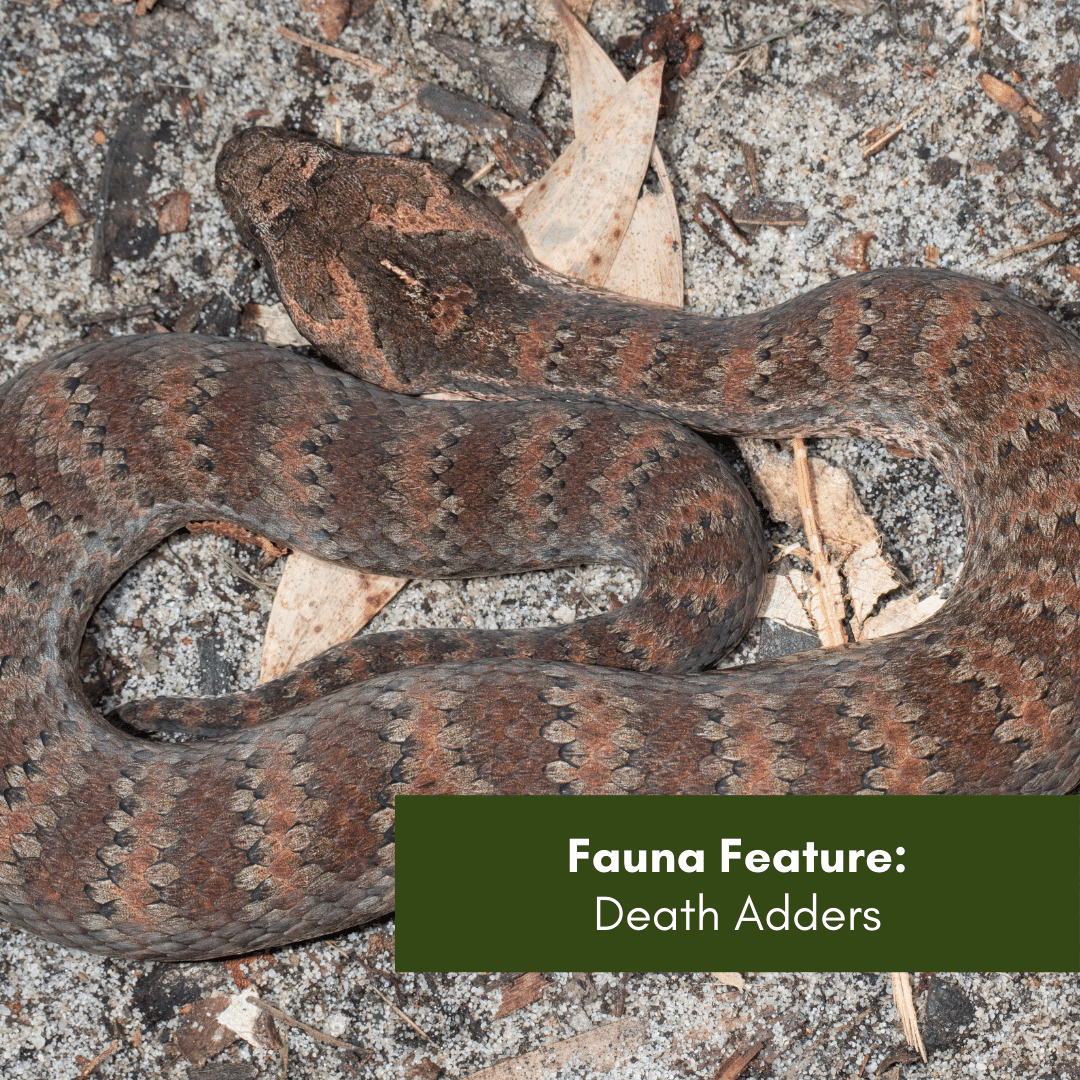 For all the time I’ve spent wandering through the bush (in thongs or even barefoot when young) I rarely see snakes, most of my encounters with them have been around areas of human activity (including a baby Brown Snake I had to catch and relocate from the stairs of a building I once worked at) and working on a horse stud I’d see at least half a dozen Brown and Red Belly Black Snakes each summer, generally within a metre or so of the mower I was using, on Ash Island I’d see maybe one or two Red Belly Blacks a year.

In contrast I’ve only seen one (quite large) Brown Snake when going well off track and an Alpine Copperhead sunning itself on a log every morning while on a project in the Alpine National Park (Vic), that doesn’t mean they’re not there, I’ve probably been within a few metres of dozens, if not hundreds over the years, most are more than happy to get out of my way.

One of the ones I’ve yet to see, but have probably been close to is the aptly named Death Adder (Acanthophis antarcticus), prior to the development of antivenene envenomation from a Death Adder bite had a fatality rate of around 50%. The Death Adder is an ambush predator hiding in leaf litter with just the tip of it’s tail visible as a lure to attract passing prey. 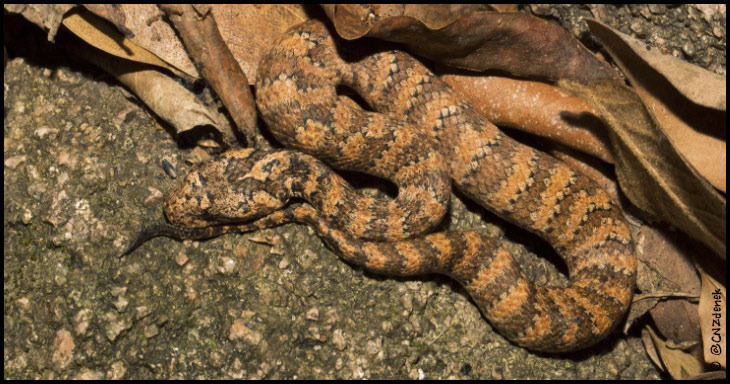 And, of course with any snake they’re best left alone or call a professional snake catcher for relocation.